French director Alexandre Moors has a strong cast and excels at creating mood. Alas, his big reveal cannot dispel the fog of the Iraq war 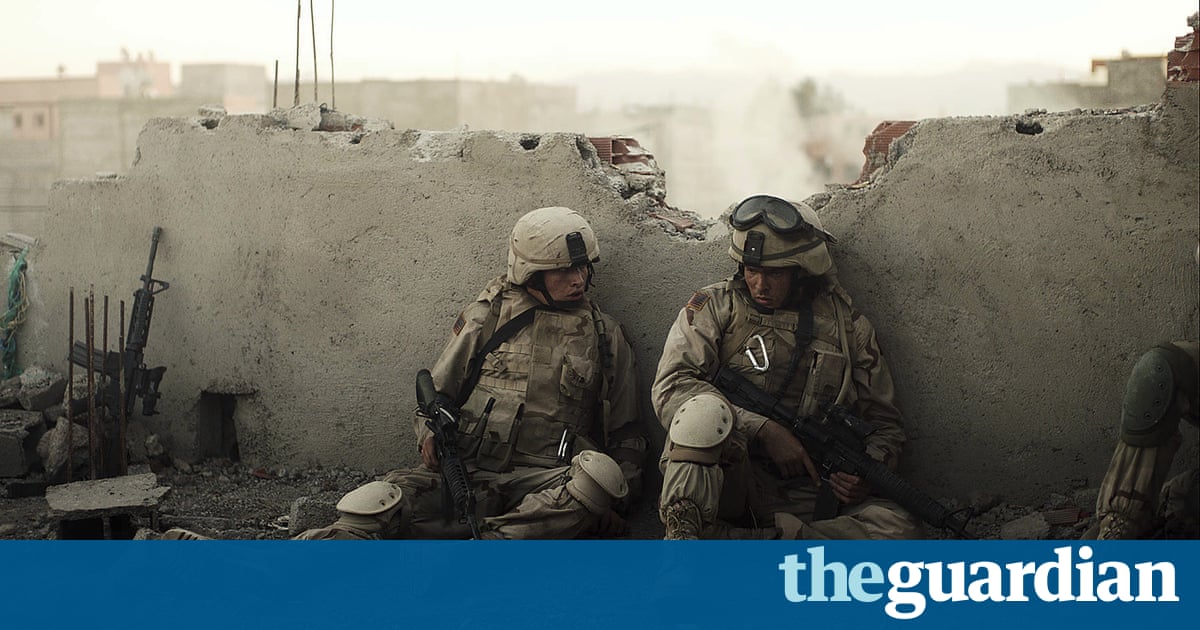 The most memorable parts of this Iraq war drama are those detached from the overall story. The Bible-quoting soldier pouring salt over a scorched battlefield, the decision-making when a patrol group discovers a body bomb, a pre-assault interview in which soldiers are asked if this is the most important day of their life.

Moors, whose last effort, Blue Caprice, was a spectacular and surreal examination of the DC sniper incident, excels at creating mood. He has a nose for unorthodox camera placement, shooting from the inside of mailboxes or roving around the sides of convenience stores as the painted brick walls take on an inexplicably ominous quality.

But in time Yellow Birds story threatens to ruin the whole experience. A diced-up timeline means rooting through each scene for clues, but three main characters begin to emerge. Alden Ehrenreich and his enormous, sad eyes is Pvt Bartle, who is tasked by Sgt Sterling (Jack Huston) to keep an eye on mamas boy Murph (Tye Sheridan). The kid can shoot and run fast but, the sergeant is quick to confess to Bartle, he just isnt made for this place.

This place is Iraq, with an extra layer of haze over its fog of war. During the new recruits first mission they may or may not have killed a carload of civilians. Attacks come at all times and without warning, even at a Christmas party.

Back home, Amy and Maureen, Bartle and Murphs mothers (Toni Collette, sarcastic, Jennifer Aniston, all business), worry about their boys in different ways. Bartle makes it back but spends most of his time in bed or drinking. Murphs disappearance sends Maureen on a quixotic run at the US army for more information. She carries a leather binder bursting with maps and letters to a fruitless meeting with her congressman, clinging as best she can to a semblance of hope.

Though Anistons performance is fine, her story arc is dangerously low on oomph. Watching Ehrenreich guzzle beer and hide his face in his pillow is, weirdly enough, oddly compelling. Seeing the battle-worn fighter devolve into a bratty teen in the safety of his mothers house is just about the saddest representation of PTSD put to film.

Clearly theres something no one is telling us about what happened to Murph, but the big reveal is something of a disappointment. Unless this is some grand meta statement about the complexity of war, the ending offers more befuddlement than closure. Perhaps one must accept that we shouldnt second-guess these men until we do a mind-scrambling tour against Iraqi insurgents ourselves.

Yellow Birds goes heavy on the brooding, and even though a lot of it looks gorgeous and carries the whiff of great importance it is ultimately stunted by a central event that isnt worth the mystery that surrounds it. While many sequences in Yellow Birds are striking, overall it fails to take flight.