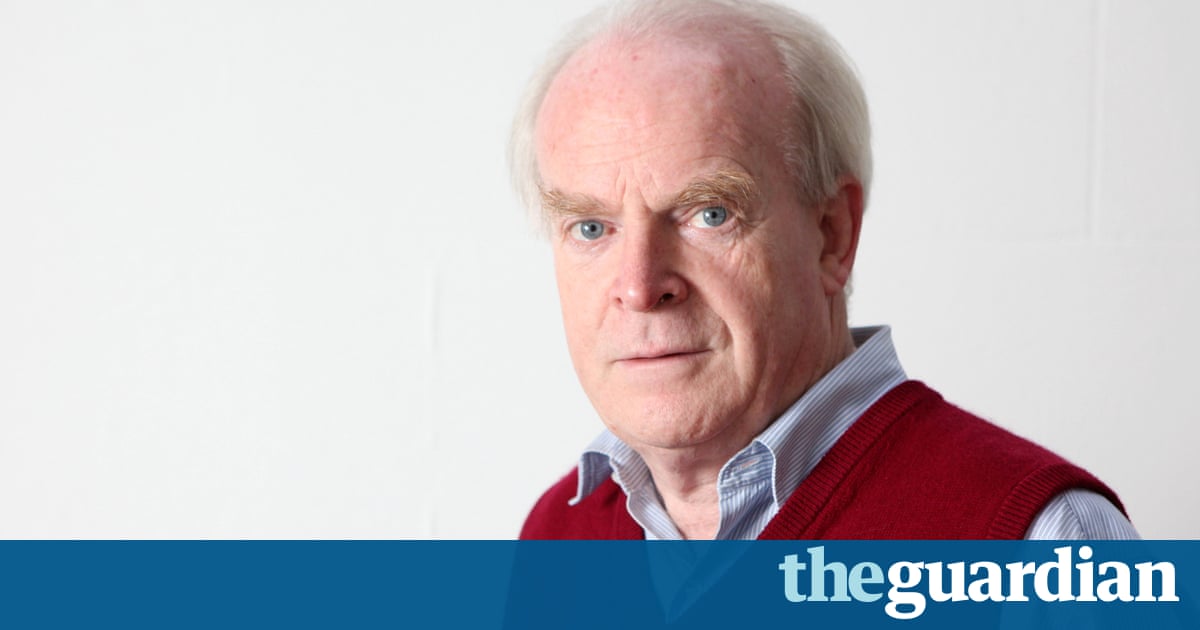 Rupert Cornwell, who has died aged 71, was the most gifted of reporters on the foreign scene from Moscow to Washington and many places in between of the past 45 years. Writing for Reuters, the Financial Times and the Independent, he had a distinctive elegance and ease, marinated with sharp wit. His long pieces were like a classic David Gower innings. As in print, so in life. His conversation was very funny, very dry and gently subversive.

He was my great friend from student days and companion on the road. After Magdalen College, Oxford, where he read modern Greek, he quickly moved from advertising, which he hated, to Reuters. Soon he was on the move, to Paris, Brussels and back to Paris again, where he jumped ship and joined the FT.

At Oxford he appeared somewhat detached. This may have had something to do with the very large shadow of his father, the sometime developer, gambler and convicted bankrupt Ronnie Cornwell better known to wider audiences in fictional form as Rick in several books by Ruperts half-brother, David, aka John le Carr. Rupert was the son of Ronnies second marriage, to the formidable Jeanie Gronow (nee Neal).

He was mad about sport I recall being dragged to watch Celtic contest the European Cup final with a lifelong passion, and love-hate, for the Arsenal. His occasional sports writing was top-flight.

It was when he became Rome correspondent for the FT in the 1970s that things really took off. This was the heyday of the Mephistophelean eight-time prime minister Giulio Andreotti, the surge of Enrico Berlinguers communists, mafia wars in Palermo and Naples, and exotic soccer scandals. Ruperts reporting technique was a wonder to behold. He used to go into his office, slam the door, and make only two or three phone calls, his fellow FT correspondent James Buxton recalled. Then, an hour or so later out he would come the most amazing, immaculate piece of copy the subs never needed to touch it.

But this is just ridiculous, he would remark, using a favourite catchphrase. I mean, reporting Italy is just like eating too much chocolate cake. Time to move on. Before moving, he wrote his only book, Gods Banker (1983), a brisk essay on Roberto Calvi, the rogue financier who was found hanging under Blackfriars Bridge, London, in June 1982. It gave a pacy account of the Banco Ambrosiano scandal that very nearly broke the Vaticans bank.

Ruperts next posting, to Bonn, proved the least happy. He found the place and the story dull, and German the most challenging of all the languages he was to learn he later acquired fluent Russian on the run in a matter of months. His marriage to the Italian interpreter Angela Doria, with whom he had a son, Sean, broke up, though they remained on good terms.

In 1986 he decided to join the newborn Independent as its Moscow correspondent. His writing, part pin-sharp reporting and part sly commentary, has been the epitome of the Independent style. In its pages he became the chronicler of the end of the Soviet empire. Of Mikhail Gorbachev, he wrote: His supreme failing was not to understand that communism could not reform itself. The tragedy of Gorbachev was that he never intended to get rid of communism, but to adapt it to compete with the far richer west. And of the attempt to oust Gorbachev, so moribund had a once ruthless system become, however, that it couldnt even organise a coup.

He loved the sheer quirkiness of the Moscow scene the need to barter paper for secondhand books, the destruction of his elegant Italian suede jacket by Moscow dry cleaners, taking a lip reader to a debate in the Duma and matching her account with the official report. He was accompanied by his new wife, Susan Smith, a correspondent with Reuters, and their son, Stas. His Moscow file brought him foreign correspondent of the year in the What the Papers Say awards in 1988.

From Moscow he transferred to Washington, where he had two stints as the Independent bureau chief. In between he worked in London as feature writer and diplomatic correspondent. Among the forgotten gems of this time is the full-page obituary of Diana, Princess of Wales, that he had to pull together in a few hours. It is a masterpiece of social observation, complemented by a mildly subversive undertow. Maybe she was a manipulator, a strange blend of the trusting, the calculating and the flaky, but she was forgiven the bulk of her sins, he wrote in a concluding paragraph. Flaky? Golly, If Id written that just a day or two later, I would have been hanged from the nearest lamp-post, he confessed only a few weeks ago.

In Washington, he regularly skewered the presidents and their dynasties. He hated the Bush junior years, admired the aloof Obama not least for his writing in Dreams from My Father and writing up Trumpery seemed the call of destiny.

He loved the roar of the greasepaint and smell of the crowd of sport above all baseball. Twelve years ago he wrote of the American League Championship contest between the New York Yankees and the Boston Red Sox, and the long shadow of the Curse of the Bambino. In 1920 the Sox sold their star batter, Babe Ruth who had won the World Series for them in 1918 to the Yankees. And things went badly for the Sox thereafter. Attempts to lift the curse engendered this paragraph: They have tried everything to exorcise it. They dredged a lake south of Boston where Ruths favourite piano is said to lie, they leave cans of beer on the gravestone at the Gate of Heaven cemetery 20 miles north of New York, where the famously bibulous slugger is buried.

And of course, there was Trump. In February Rupert chose the chaotic 80-minute, stream-of-consciousness press conference as the cue to go in to bat for the MSM, the mainstream media. Its a tough job, keeping a focus on facts and truth, in the face of a mendacious propaganda barrage from a White House with indisputable authoritarian instincts. Reporting US politics now is about seeking transparency in what is the least transparent administration since Nixons day And the reviled MSM so far has hardly put a foot wrong.

Rupert carried on, acerbic and brilliant, through three years of cancer. In his languid, elegant style there was understated genius. His work is proof of the enduring magic of real reporting in the post-truth age.

A lot of Ruperts quiet feistiness came from and is shared by his family: his wife, Susan, still pounding the Washington beat for Reuters, brother, David, and sister, the actor Charlotte Cornwell. They and his sons survive him.