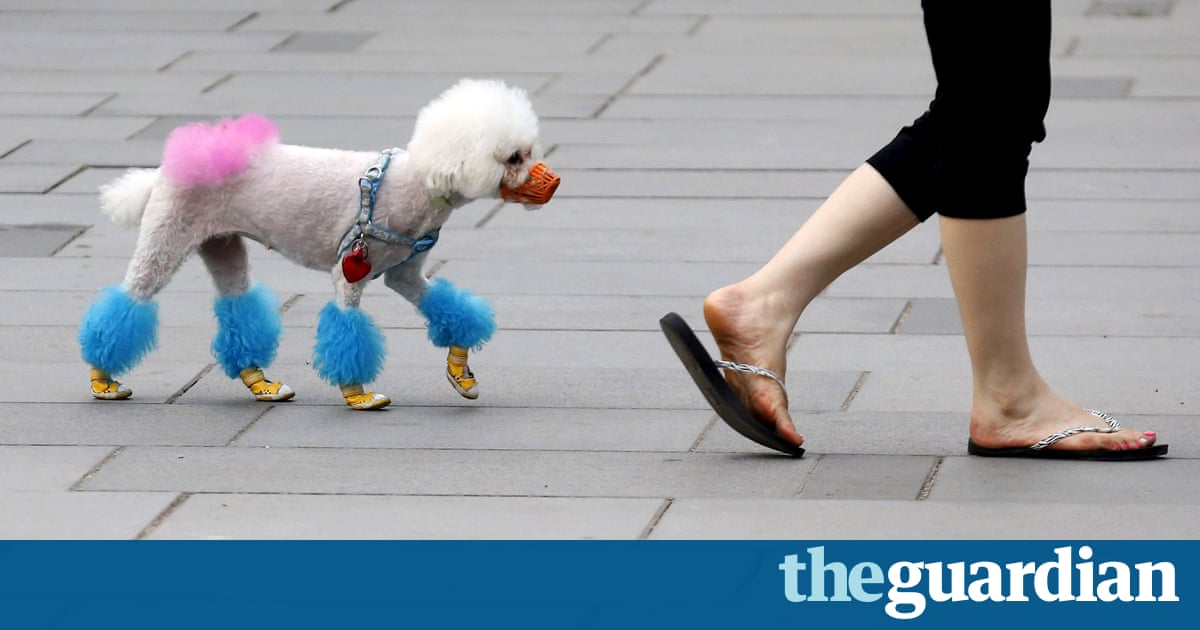 For decades, China harshly enforced its one-child policy through forced abortions and hefty fines. Now the government in one Chinese city is seeking to exert control over another segment of the population, limiting households to one dog each.

The eastern city of Qingdao, a coastal beach town renowned as the home of Tsingtao beer, also banned 40 ferocious dog breeds for residents living the the downtown districts. Some of the restricted breeds include Tibetan mastiffs, akitas and German shepherds.

The rules were spurred by more and more people raising dogs, which has led to some dogs disturbing residents, and even cases of them injuring people, an unnamed official told local media.

Dog ownership in China has skyrocketed in recent years as the countrys growing middle class prioritizes quality of life over saving at all costs. The vast majority of pet owners are under the age of 45 and there were 100m pets in China in 2015, with 62% of them dogs, followed by cats at 19%.

Certain canines are seen as status symbols, and trends come and go, sometimes leading to a glut of a once-popular breed. Pet ownership grows roughly 10 percent a year.

The move was met with criticism online, with users comparing the new rules to the draconian policies that limited couples to only one child for decades.

In the past we implemented the one-child policy, now we have the one-dog policy, we do not know how many innocent lives will again be killed, wrote one user on Chinas popular Twitter-like service, Sina Weibo.

Others were furious at the vague wording concerning banned breeds.

If I have one of the banned breeds, should I just kill it? According to these rules I have no other choice, another user wrote.

Owners with more than one canine must give the others to an adoption agency in order to comply with the one-dog policy. The new rules also establish fines for slaughtering dogs, abandonment and mistreatment, imposing an initial fine of 2,000 yuan (230), while repeated offenders can have their dogs confiscated.

All dogs must also be registered with the authorities.

China has a patchwork of regulations covering pet ownership, and other cities have attempted to impose one-dog policies in the past. The southwestern city of Chengdu has limited households to one dog since 2009, and Changzhou attempted a similar rule before it was rolled back after resident outrage.

But perhaps the harshest measure was in one district in Jinan city, where authorities said they would beat to death any dogs found in homes.

With additional reporting by Wang Zhen.