Rhrl Brewery in Straubing, Bavaria, apologies over withdrawn border fence beer but says it has no far-right sympathies 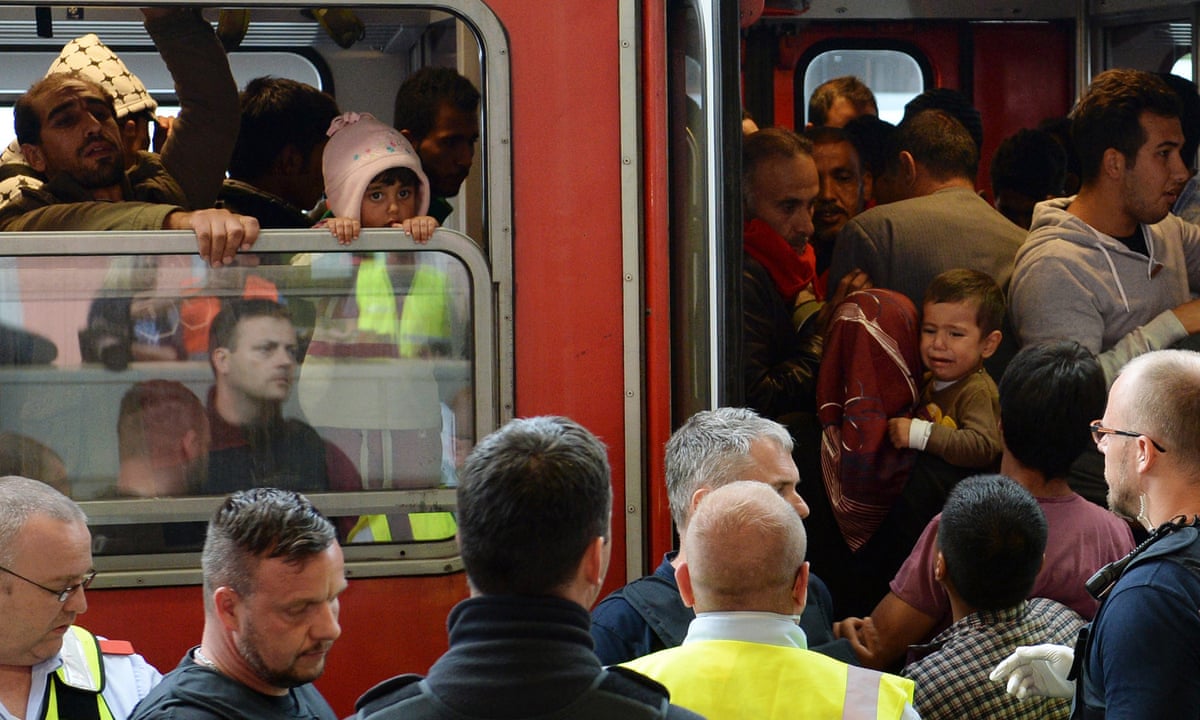 A Bavarian brewer has caused outrage in Germany by producing a batch of border fence beer that appears to use Nazi symbols to criticise the large number of refugees arriving in the country.

Rhrl Brewery removed the variety from sale this week and apologised for hurt feelings, but denied having any sympathy with the far right.

Frank Sillner, the chief executive of the brewery in Straubing, said he had intended the special issue of 2,000 crates to be a commentary on the migration crisis and a reminder of Bavarian values.

The brown label on the 500ml bottles uses Gothic letters for the name grenzzaun halbe or border fence half, which appears to echo demands from local conservative politicians to seal Germanys frontiers.

It also says the homeland needs beer, while the back of the label features the words protect, defend and preserve alongside virtues such as diligence, loyalty and discipline.

University groups urged people to boycott the brewery, while social media users described the variety as a Nazi beer.

They pointed to the retail price per bottle of 0.88 a number used in neo-Nazi circles for the illegal Heil Hitler greeting, because the letter H is the eighth in the alphabet.

The company has insisted that this and the batchs use-by date of 9 November, the day that marks the 1938 anti-Jewish attack known as Kristallnacht, are a coincidence.

Sillner told national news agency DPA that the idea for the beer came during talks about Germanys refugee policy a few months ago.

Bavaria was the main gateway for the more than 1 million refugees who came to the country last year.

We have nothing, absolutely nothing, to do with rightwing extremism, Sillner was quoted as telling DPA.

He said the beers price changes once sales tax is added and that the expiry date is calculated by a computer.

When the refugee influx surged, we wanted to point to all of Bavarias good and positive traditions, to urge that we please do not forget, despite all willingness to help, what makes our Bavaria beautiful and good, he told public broadcaster BR.