Each of us contains 40 trillion microbes. Their power is enormous, and we are just beginning to realise it, as this thrilling book details 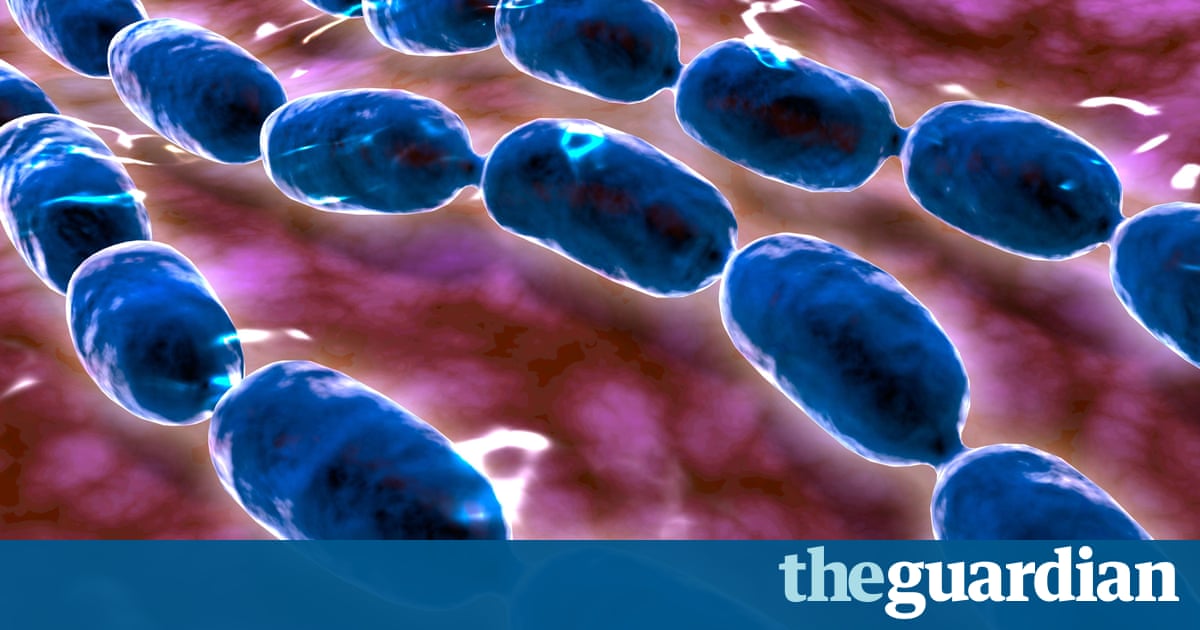 We are not alone. We have never been alone. We are possessed. Our inner demons cannot be cast out, because they did not move in and take possession: they were here before us, and will live on after us. They are invisible, insidious and exist in overwhelming numbers. They manage us in myriad ways: deliver our minerals and vitamins, help digest our lunch, and provide in different ways all our cheese, yoghurt, beer, wine, bread, bacon and beef. Microbes can affect our mood, take charge of our immune system, protect us from disease, make us ill, kill us and then decompose us.

As complex, multicellular lifeforms, we are their sock puppets. We spread them, introduce variety into their brief lives and provide them with all they need to replicate and colonise new habitats. We are perambulating tower blocks, each occupied by maybe 40tn tiny tenants. Our skins are smeared with a thin film of microbial life, with ever greater numbers occupying every orifice and employed in colossal numbers in our guts.

Yet, until late in human history, we didnt know they were there at all. We still do not know who they all are, or what they do. We discover new things almost every day. In July, German microbiologists announced a new antibiotic that kills the hospital superbug MRSA. It was produced by a seemingly inconsequential microbe fighting for space in the impoverished habitat that is the human nostril. Staphylococcus lugdunensis can produce a toxin that can see off MRSA, even if it is outnumbered 10 to one.

You wont find this particular microbe in Ed Yongs marvellous, thrilling and richly annotated book, but dont worry. Unless you are a microbiologist, almost all of it will be new to you. I call it marvellous: everything about the microbial world is to be marvelled at. And it is a page-turner in a very old-fashioned sense. All life is here, and death too, and sex and violence, including deviations of which you had never dreamed.

Wolbachia is a genus first discovered in 1924, inside a mosquito. Actually, it is in almost everything. Most of the planets animal species are arthropods spiders, flies, scorpions, mites, woodlice and so on and Wolbachia infects at least two in every five. It manipulates their sex lives: it kills male wasps, and the females replicate by cloning themselves. It selectively kills the male embryos of blue moon butterflies of Fiji and Samoa, so that females outnumber males by 100 to one. It changes insect sperm so that males can only effectively fertilise eggs that are also infected with the same strain of Wolbachia, and all of this happens because the microbe makes the journey through the generations via the ovaries and in the eggs. It is a feminist force. It has an astonishing arsenal of strategies for survival, and executes them brilliantly.

All this helps put the rest of us in our place. These things are tiny. They exist as just one cell, each vastly smaller than almost any single human cell. They have no brain or nervous system, but they exist in monstrous numbers every hour you sneeze, cough, splutter or just breathe an estimated 37bn into the air around you and untold variety. Collectively they are cleverer than us; they both compete and cooperate. The rest of us spread our variant genes by replicating: change happens with a new generation. Microbes can swap those handy mutations that deliver advantage in stressful circumstances with their neighbours: change happens on the spot, and this egalitarian, cooperative talent, called horizontal gene transfer, swiftly delivers microbial strains that can learn to resist whatever antibiotics we throw at them. Microbes have been around, and have learned a thing or two.

Complex life has a 500m-year evolutionary history: microbial life is at least 3.5bn years old. We are their offspring. We share our genes with them, we incorporate their DNA. To a microbiologist, all plants, birds, mammals, insects, molluscs, reptiles, fish and amphibians are just the last few twigs of one tip of the eukaryote branch of the microbial imperium. And although microbial life extends kilometres below the ocean basalt, rides on the dust and water vapour high in the transatlantic clouds, and makes a living in thermal springs, mine dumps, alkaline lakes and even radioactive waste, Yongs book addresses only the microbiome, our name for those microbes that live parasitically on, or in symbiosis with, or just manipulate, animals.

We meet Vibrium fischeri, which occupies the Hawaiian bobtail squid, turning on the luminescence machinery that cancels its shadow and makes it invisible to submarine predators. A bacterium called Tremblaya colonised the citrus mealybug, and then discarded the genetic material it no longer needed as a mealybug freeloader; another bacterium called Moranella colonised Tremblaya. There are now three parties in the symbiosis, between them contributing the nine enzymes necessary to create one amino acid. None of the three could survive without the other two.

Gut bacteria in the desert woodrat in the US south-west help the animal eat and dispose of the toxins in the creosote bush that would kill any other mammal. The rat, of course, is rewarding the microbe too: both benefit.

The story gets even more subtle when it comes to mothers milk. Human breast milk contains lactose, fat and more than 200 complex sugars called oligosaccharides. Human infants, however, can digest none of these. One single-celled creature called Bifidobacterium longum infantis gobbles up the lot. It is reportedly the dominant microbe in the bowels of breast-fed babies, and as it digests the sugars, it releases short-chain fatty acids, which then feed the infant gut cells. So the nursing mother feeds the microbe which then feeds the baby. No other mammal makes as many oligosaccharides as humans, or in such quantity. It may be that we can thank B. infantis for our large brains, or perhaps the spurt of growth in the first year of human life.

If you were looking for an instance of good bacteria and this tricky conceit is intelligently addressed in this book B. infantis sounds like a candidate. Like coprophagy and faecal transplant, also discussed in the book at length and with some glee, the notions of good and bad are deceptive. Our microbes just are, and do, and somehow we benefit each other, except when we dont.

Unlike ruminating cattle or the great grazing herds of the Serengeti, Yong says, humans could just about scrape by without their bacterial companions, but it is clear that our lives would be the shorter without them. We have an inner life, in every sense, and are the richer for it: richer still for this witty and compelling book.