Everything about the season is worth loving, except eggnog. Eggnog is gross 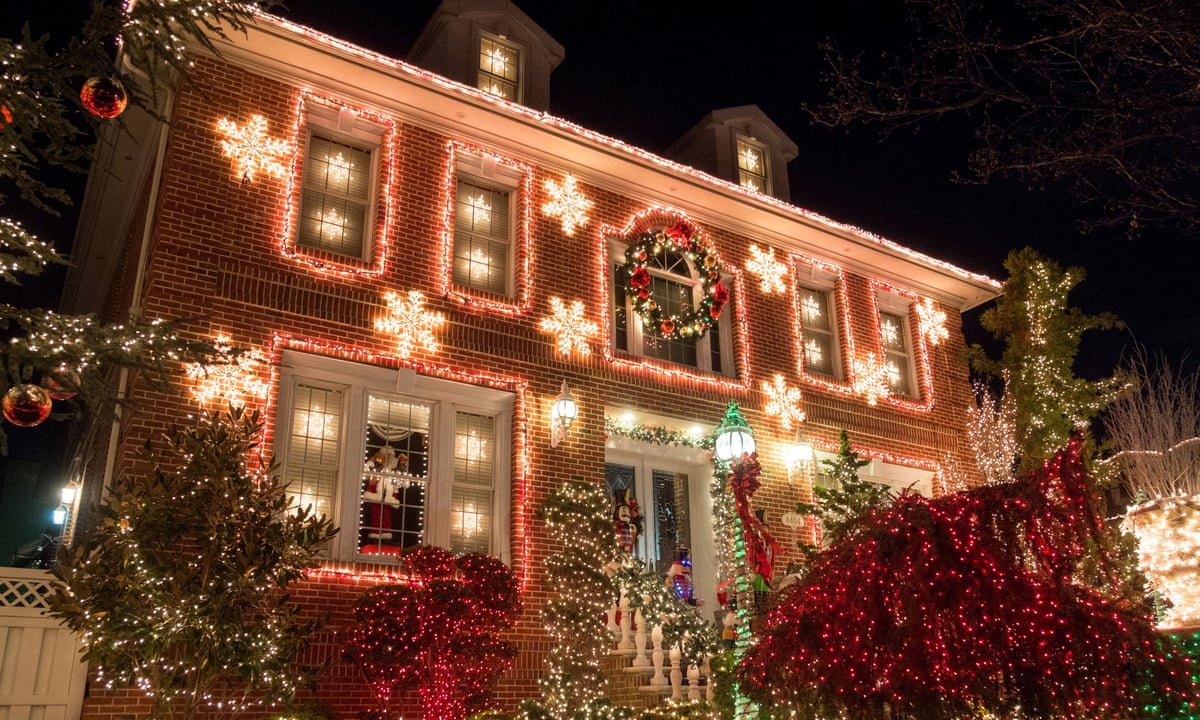 The griping starts every fall, whenever the merchandise begins to appear in stores. Its so superior, so predictable and so boring. I cant believe its the holidays again! Ugh, Christmas. I refuse to participate in this overhyped, bourgeois manifestation of all that is wrong with society.

And joy? Joy is not part of a properly detached aesthetic.

But joy is why I do believe in Christmas. I believe in decorations, and sparkles, and cookies, and snowmen, and department store window displays, and tinsel, and presents, and caroling, and gingerbread houses, and fruitcake, and crying when I see British pop stars sing Do They Know Its Christmas even though I know its problematic.

I believe in it all, except eggnog. Eggnog is gross. Oh and Santacon: no one can defend Santacon. Ill give you Santacon, Christmas-haters.

I throw epic Christmas parties at my house for my friends of all denominations. At the last one, I had three Christmas trees, four themed windows, several nutcrackers and every foil streamer I could find on eBay. There was a punch bowl with a block of ice in the shape of a wreath. There was a giant fake fireplace, a smaller fake fire and a television playing a fire on a loop. There was fake snow on the windows. There was stollen, and gingerbread, and presents, and snowflakes and 36 hours of Christmas music on the stereo. I had on a dress made of paper that matched my paper tablecloth.

There is no room for cynicism at my house.

Christmas is also the time of special episodes on my favorite shows. On the second season of Girlfriends, they did a twist on the O Henry story, The Gift of the Magi that got across the perils of deceit as deftly as the classic did. On Popular they retold A Christmas Carol with Nicole, the shows villain, as Scrooge. The Six Million Dollar Man also went with A Christmas Carol; the guy who represented Scrooge was called Budge, which is hilarious, truly. On Supernatural, Sam and Dean had to defeat a bloodthirsty Mr and Mrs Santa but they still gave each other presents in the end an episode that is obviously loosely based on Santa Claus Is Coming to Town.

You guys, scholars make a big deal about how myths are retold over and over in different cultures, and it happens right here every year, right before our very eyes.

Ive even borne witness to a Christmas miracle. One year, my friends Josh and Jens and I had just returned to Brooklyn after a movie. We wanted a drink, but there we stood, alone in the snow, thirstily looking up and down the main drag of our neighborhood. Everything was closed. Not a creature was stirring, not even a mouse.

But what to our wondering eyes should appear? Suddenly Rosemarys Greenpoint Tavern lit up with Christmas cheer! We were the first customers in, and it felt like family. Family with beer.

One of my favorite things about the season is this joke:

What did one snowman say to the other?

Do you smell carrots?

If you can grasp the joyful absurdity (Damon Lindelhof could) of that, then surely you can find a little fun in Christmas. Im not asking you to believe in Christ. But believe in the spirit of the season, if nothing else. Be merry.