The younger brother of Elon Musk, CEO of SpaceX and Tesla Motors, shares his same entrepreneurial spirit, but with a family of restaurants and a nonprofit to bring learning gardens to schools around the country 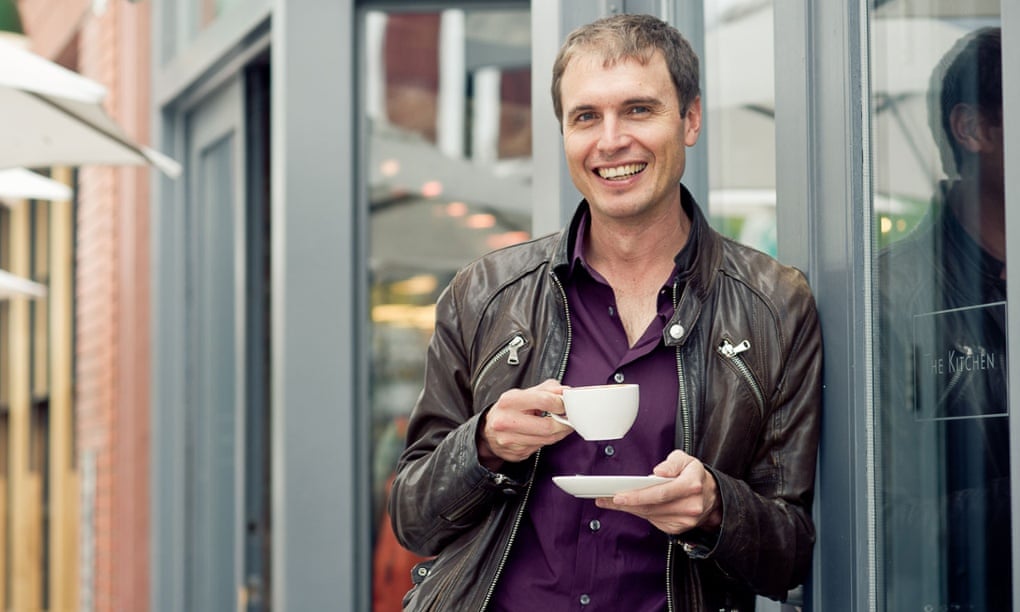 It can be tricky for anyone being the younger sibling, but imagine what it must be like to be the younger brother of Elon Musk, a businessman habitually referred to as a real life Tony Stark.

His reputation seems to get more outsized with each fresh headline. Just this week, the elder Musks company SpaceX filed paperwork asking for permission to use satellites to beam down Internet service from space. Meanwhile, his other high-profile company, Tesla, continues to make advances toward its ambition to make electric cars more ubiquitous. Then there is the fascination with colonizing Mars.

Kimbal Musk, 42, is a year younger than Elon and a very successful businessman and entrepreneur in his own right. But he admits the pair, who grew up in Pretoria, South Africa before moving to Canada to study and then the US, have a slightly different take on the world of business: We have similar views [though] his are stratospheric, while mine are more in the ground.

Food is a dominant theme in Kimbal Musks personal and business interests. He is a health-conscious chef, restaurant owner with his own sense of mission about subjects close to his heart: linking peoples food to their communities and tackling childhood obesity.

In an interview with the Guardian he speaks about his hopes for his food projects – and the inspiration he gets from his brother. The younger Musk, in addition to his work as a philanthropist, investor and entrepreneur, is a board member at Tesla, SpaceX, the Anschutz Health and Wellness Center and Chipotle Mexican Grill.

Ive always loved food, said Kimbal Musk, a co-founder of The Kitchen family of restaurants in Colorado and elsewhere, which make a point of sourcing from local farmers. Growing up, I cooked in the house, and when I cooked everyone would sit down and eat, and it was just kind of the way I connected with my family. I used to throw cooking parties in university. Everyone would come over sometimes youd just do a mac and cheese, but if you do that better than everyone else you can get people to come to you.

Kimbal Musk is gregarious and charming; his brother is intense and technical. Kimbal made millions working at a startup with Elon, and invested in his brothers biggest dreams along the way – and he is no less dogged about chasing a few of his own.

The differences between the things that give the brothers purpose are striking one Musk works to change the world through high-tech inventions, the other is most passionate about food, about teaching people to grow things and preparing meals that help people find a sense of community. Still, the younger Musk turns to a sports metaphor to explain how, different as they are, hes still learned plenty from his brother, whose business interests at times read like the pursuit of turning science fiction into reality.

When you think about basketball, and you watch someone like Michael Jordan play basketball even if youre a baseball player, theres still a lot to learn from there, Musk said. I really think about him more as my brother, to be quite honest. Its kind of a tough question to answer, because hes been so core to my life that its hard to describe specific things.

Elon clearly trusts his instincts, though, in light of the fact that, should he ever become incapacitated in some way, Kimbal is the SpaceX and Tesla trustee whod lead the task of figuring out what should happen with both companies.

Meanwhile, Kimbal has plenty of his own interests to keep him busy. He co-founded The Kitchen family of restaurants in Boulder in 2004, along with Jen Lewin and Hugo Matheson. It has eight restaurant locations today in Colorado as well as an out-of-town location, in Chicago. In addition to plans to expand in Chicago and Colorado, three new locations are on the drawing board for Memphis over the next couple of years.

The Kitchen actually refers to three related restaurant concepts. Theres The Kitchen, the organizations flagship community bistro, and The Kitchen Upstairs, a cocktail lounge with food prepared in a wood oven and artisan cocktails. Rounding out the list is The Kitchen Next Door, a community pub that serves things like burgers, salads, sandwiches, margaritas and beer.

For its Colorado-area restaurants, The Kitchen claims to source $1 million worth of product from local providers. In the Greater Denver area, The Kitchen serves 17,000 guests per week on average.

In 2011, Musk co-founded The Kitchen Community, a nonprofit that works to bring outdoor gardens Learning Gardens, as theyre called to schools around the country. Three years after its founding, the nonprofit had already built 200 such gardens in Chicago, Los Angeles and Colorado schools, reaching more than 120,000 children.

Its a different world entirely from the more fast-paced tech scene in which he once worked with Elon.

Their early partnership followed the younger Musks graduation from high school in Pretoria and decamping to Toronto to reconnect with his brother. Kimbal graduated from Queens College in 1995, the same year the brothers started the Web-based city guide platform Zip2, a venture which Compaq bought in 1999 for $307m. From there, the younger Musk began investing in tech companies, including Elons X.com, a payments venture eventually renamed as PayPal that eBay would snatch up for $1.5bn.

The brothers worlds diverged when Elon decided after some of his early successes to stay in the Golden State, while Kimbal moved to New York City and enrolled at the French Culinary Institute. He was there in 2001 during the terrorist attacks of September 11 and spent six weeks cooking for firefighters at Ground Zero, a formative moment for him.

My intent had been to go back to tech at some point, Musk said. Cooking for the firefighters, it was this just overwhelming sense of community that was created. Its impossible to describe how intense and awesome it was to see everyone doing that. It was simultaneously the best and worst thing that had ever happened to me to see 9/11 and be part of helping bring people together.

Doing that every day for 10-12 hours a day, six days a week, my brain couldnt go back to tech. I determined right there and then to open a restaurant.

He decided that it wouldnt be in New York, turned off somewhat by the intensity of the city. He instead traveled the country with his wife at the time and settled on Boulder, Colorado.

After Musk co-founded The Kitchen, the organization hummed along steadily for a few years. Then came a ski accident in 2010 that Musk calls a near death experience, one that left him hospitalized for months and helped crystallize his thinking about what would come next for him.

A restaurant, hed decided, could indeed be a positive force in its small corner of the world in things like the customers it touches, in the quality of ingredients it uses and in the care of preparation. But it couldnt really scale the ambition that drives so many entrepreneurs like the Musks, who crave big challenges, big wins.

After the accident, Musk said, I sort of got a new lease on life. I said I now have every excuse in the world to do what I want. And you know what? Im going to work on food culture and help food become fun and part of peoples lives again. The traditional restaurant is more commercial-oriented. But I want community through food.

That gave birth to his garden-focused nonprofit, which, when it comes to a new community, looks to plant 100 gardens at a time. The gardens are a combination play space and outdoor classroom that connect children to the process of growing food and give teachers an outlet for hands-on instruction. And The Kitchen Community raises $35,000 for each garden, a cost that includes everything from landscape design to site prep, while the finished garden can include things like internal irrigation, bench seating and curvilinear plant beds.

Tackling childhood obesity is a big motivation behind the gardens in schools.

When I look at the problem of obesity, its a depressing problem. So how do you create a solution that delights people? We came up with this design – my ex-wife, who Im still friends with, she knows how to create something where you go, Im so glad this is here. I really want to have this in my school. I want to learn here. The gardens, this is a product that really delights people.

In deciding where to take his garden concept next, geographically, Musk says the organization looks for cities that have foundations that can support a concept like this one. His team also looks at schools with districts amenable to the concept.

Not surprisingly, the level of support from one city to the next varies. If youre in a town like Boulder, he points out, theres not much foundation support from a problem like childhood obesity because its not a place where the problem of obesity is especially acute.

Meanwhile, gardens where children grow food while also learning about science, supporting local farmers and vendors, building operations that transform communities through food these are the among the things that occupy Musks mind, the things he wants to spend his money and time on. Innovation and purpose, to entrepreneurs like him, dont always have to involve gadgets and leaps in science sometimes it starts with a thing as mundane as the food we eat.

If I look back and see specific communities where I made a difference using food, I will pass very peacefully.